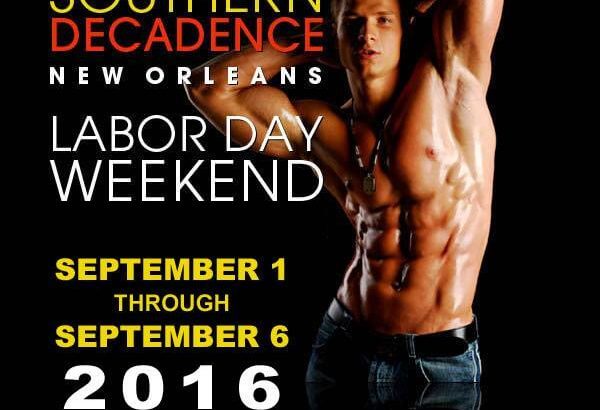 Southern Decadence started forty-six years ago as a simple going-away party. As a top gay Labor Day Weekend destination, it has evolved into one of our world’s major annualevents. It is one of the largest annual celebrations and festivals in New Orleans, and has become known as the “Gay Mardi Gras.” People begin to arrive on the Wednesday before Labor Day, and generally don’t even think about stopping or going home until the following Tuesday.

The corner of Bourbon and St. Ann Streets is generally considered to be the epicenter of Gay New Orleans, and even more so during the Southern Decadence festival weekend. At that intersection is the largest gay nightclub, The Bourbon Pub video bar and The Parade dance club, which is home to the hottest dancers in town. Also located here is the Southern Decadence Official Welcome Center, inside of Hit Parade Gift and Clothing. And most of the city’s main gay attractions are within a few blocks.